Here it is, the final version, deadline has arrived. :) 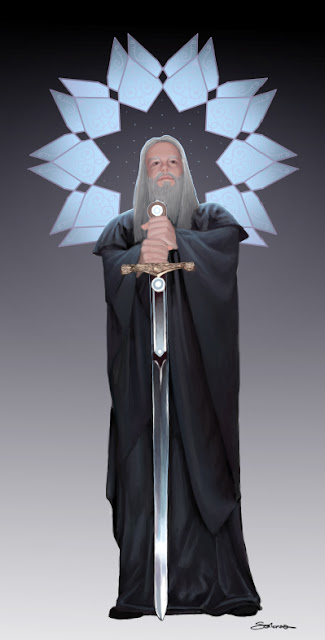 Hopefully I'll manage to get this one done before deadline. I was going for the Light Bringer/ Morning Star version, I've asked if that's ok brief wise, and waiting for the answer.

At one point he started to look like Gandalf the Grey instead, and then I was gonna whiten him up - which just turned into Gandalf the White... So I'm now going for a dark version where he has icon light around him. :) 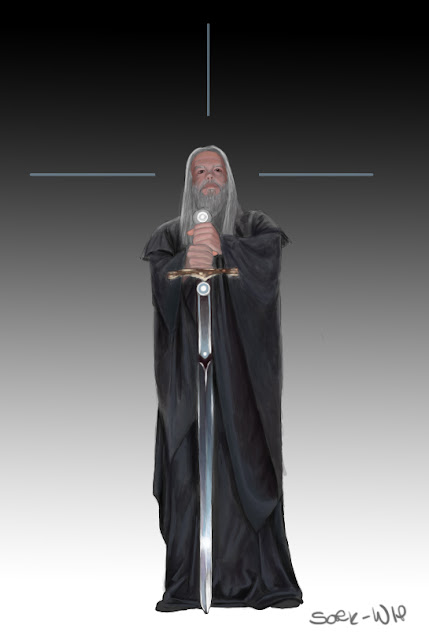 So, this is the Grim Reaper all done unless someone sees any glaring mistakes I've made, deadline in 12 hours or so. :)

You can click the image for a lager version. 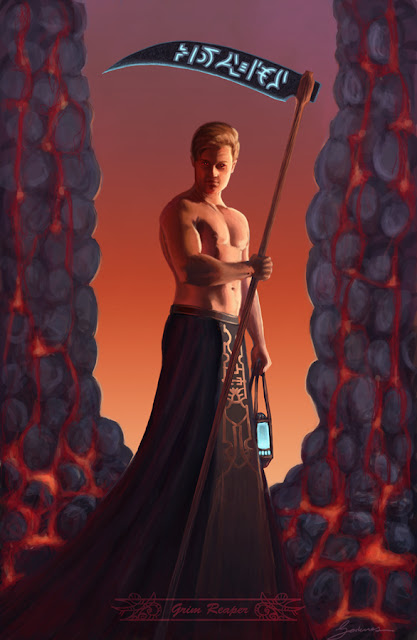 Have some trouble with the arms, but since my model is like 4-5 hours away, I have to figure them out on my own, hehe. I think I might've found a background that will work though, problem now being that I have to make it fit with the rest of the image, as I drew the character in another background and you can clearly see the split between the two... 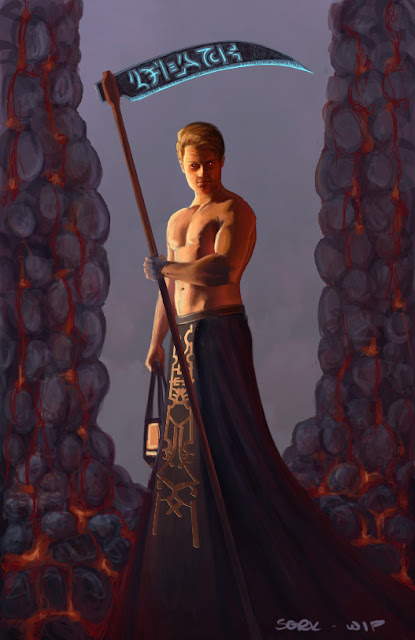 Doing this for the 2D Drawing Jam at CGHUB, at least that's why I started it. :)

I started with a background, but I have reworked and deleted that like five times now, so it still looks a bit weird. Been trough a couple of designs on the scythe as well, I think I might go with one with runes, haven't decided yet on that... Basing it slightly on the Hellenic version of death, Thanatos, often depicted as a young man instead of a skeleton.

My brother volunteered as a model. :) 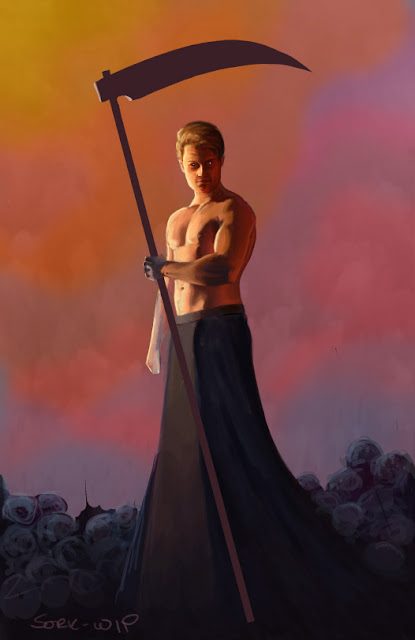