The heat. THE HEAT!

So, you could say that it's been hot here lately. So hot that in fact I've been more busy cooling down myself and my family more than doing too much art. Also, a bit of summer things like amusement parks, roller coasters, tenting, swimming and building play houses to fasten slides on (there might be a panel about that later...). 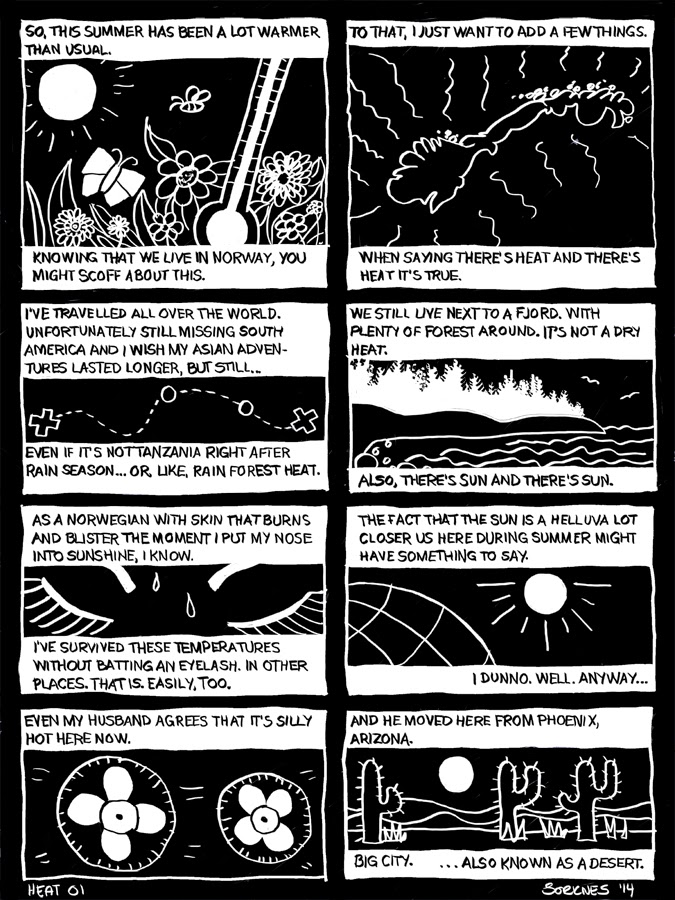 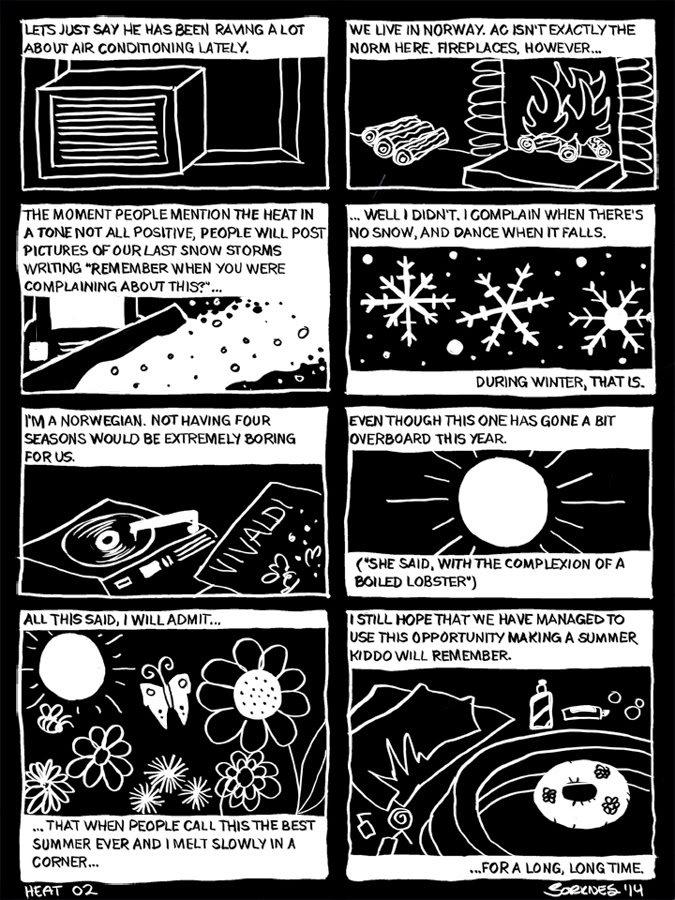 I've started on both more panels and drawings, so hopefully I'll post some more later. I just haven't really had the energy to finish any of it, heh.

But here's a photo I've posted other places from some sleepless nights earlier in the heat wave, I worked my way through them doing an old thing I used to do a lot: 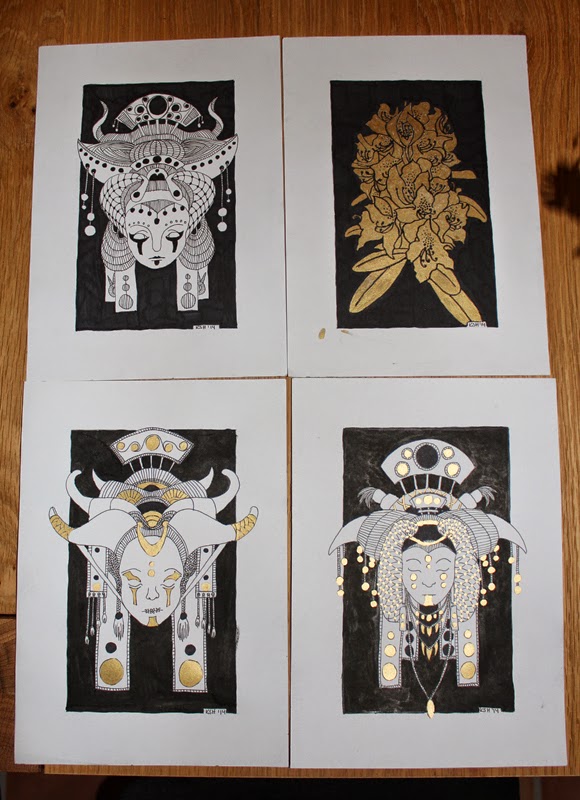