It was self portrait day yesterday (Nov 1st), so of course I had to do one.

Sorry about the lack of updates, I've been working with stuff I can't show, but I've been drawing. :)

And I don't believe I put an update on the exhibition here, but I did get in! With two pictures! One of very, very few. It was two of the pencil sketches, the kid with the ice flake and the somewhat random portrait that I wasn't sure if I should turn in. Beats me, but there you got it. Apparently there was a bit of discussion about getting even more pieces in, but they opted for those two.

Was awesome to be at the opening, surreal experience seeing people standing in front of my work discussing it while waving their arms. It's currently moved to another gallery, so it's still going. :)

Anyways, SPD 2013. :) Had to rush it as midnight approached, as usual. Had a nice swollen and red face after some bad face paint on Halloween, but it came out looking like me anyways. 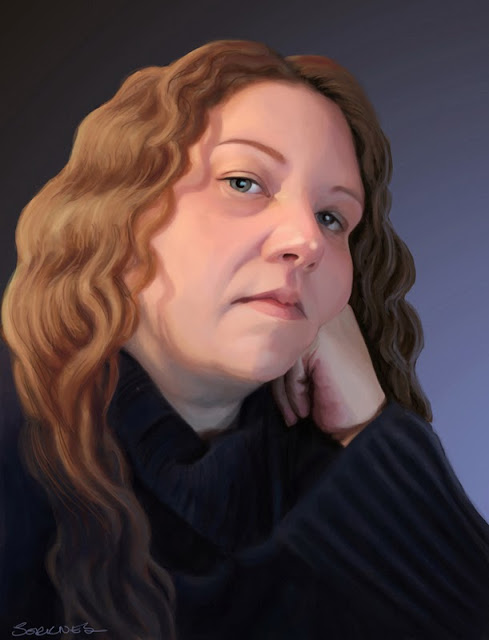