About time to post something again, so I thought I'd post a warm up that I later refined slightly to keep the idea - where I was inspired by the latest character challenge at CGHUB.

At the moment the challenge is the two blue wizards. These wizards are the two of the five Istari that you actually don't meet in the world of Tolkien, they are just mentioned. Saruman, Gandalf and Radagast is in the northwestern regions of Middle Earth, but the two blue, Alatar and Pallando are  just mentioned as going east. In other words, a pretty open challenge. 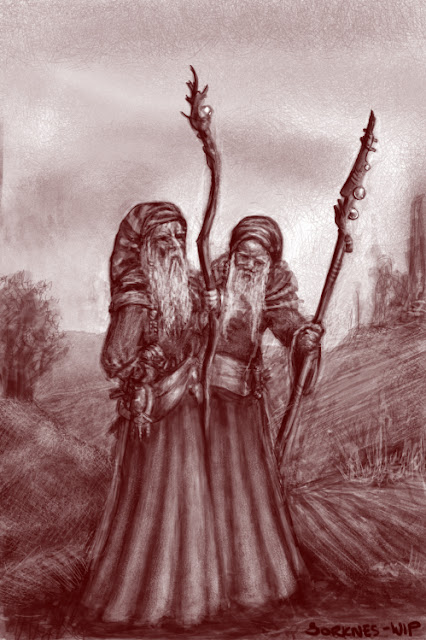 It's been a hard week. So again I needed to work on something without no refs, all symmetry and just DRAW without thinking.

So I did. And kind of continued the theme, I guess. 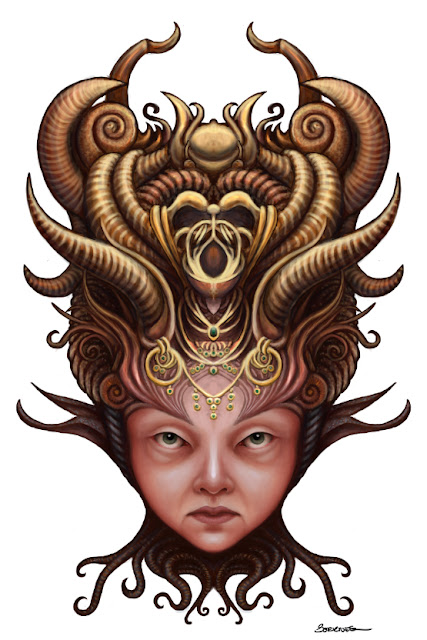 As I said on my facebook today: "Emotional overload. Last night I lost my grandmother, age 98, a force of life throughout my childhood. This morning I surprised my kid with a house full of balloons when she got up for her fourth birthday. There's been a few cups of coffee, to say it that way."

I guess I kind of "self medicate" my emotions with drawing, and last night and tonight I needed to draw a bit, to keep my brain from churning.

So here you are. 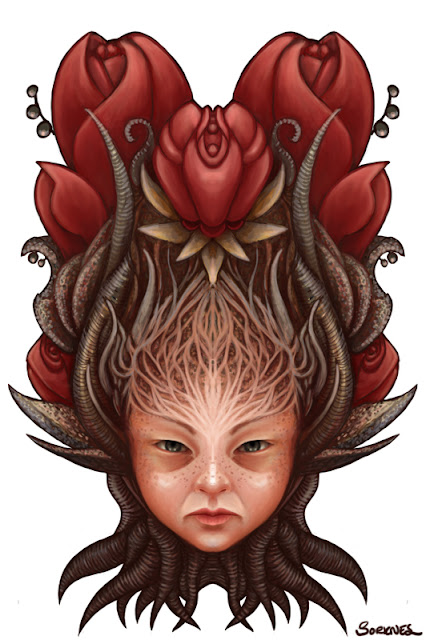