I totally forgot posting the stuff I did for the current Anatomicae in CGHUB challenge here, ops! Pasting in the stuff I wrote about how I got the design idea, then just adding random images from the process... :P

Thought process: I wanted something organic. So I started with flowers and such. Didn't really work out, but I decided I like thistle as a possible thing on the coat of arms. Don't really wanna wade through a field of them. Checked them out here: http://www.fleurdelis.com/meanings.htm and it says "defiance and surliness". Workable.

Then I thought I might go to the animals kingdom instead for ideas, and the one animal I would never try to pass is rhinoceros. I have seen them in the wild, and I was totally awed by them. Checked out the same site, and it says "ferocious when aroused". Works.

So then I thought to try to use the rhino for the design instead of the coat of arms. Also thinking about vine for the coat of arms (in addition to thistle) since it says "Strong and lasting friendship; Peace and plenty; luck and strength" - it fits with the ideas in the back of my mind. 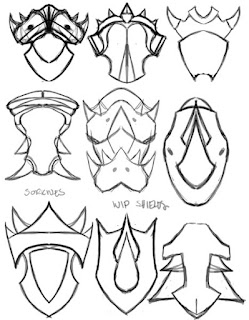 Did some random pencils, thought process: basically none. I just thought "sea" and went from there, but I knew I wanted something asymmetric since the ones I did earlier was symmetric. 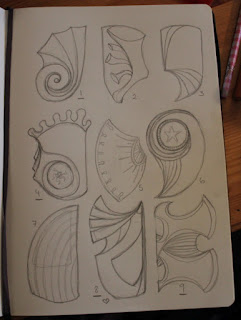 Then I kept working on the rhino-thistle one.:) 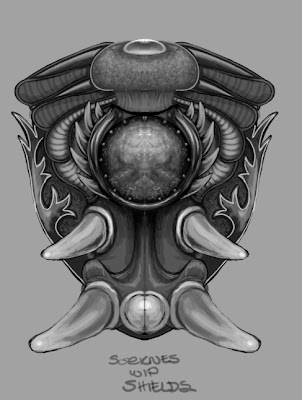 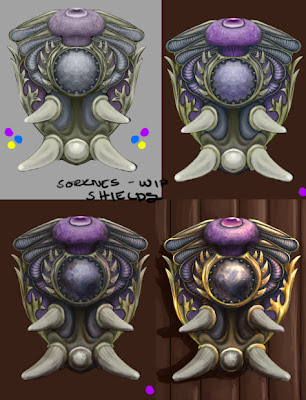 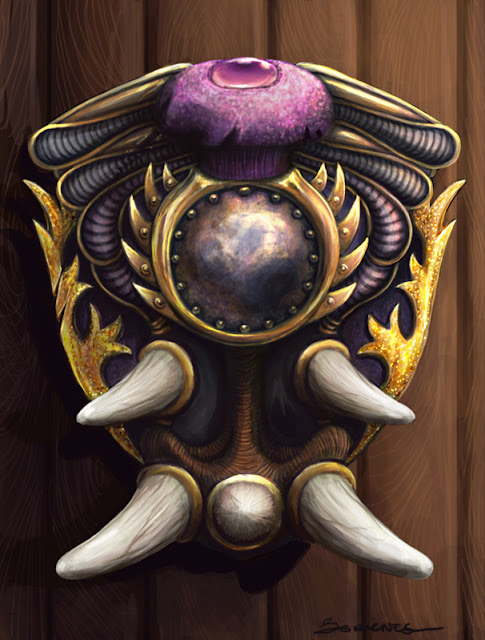