So, it's been a while. I've been rather busy for a while, both with not painting, and doing stuff that I can't show. Since it's been so long I thought I better post some random WIPs and stuff I've made just for fun.

I dunno, I saw this character in a Miss Marple thing I liked: 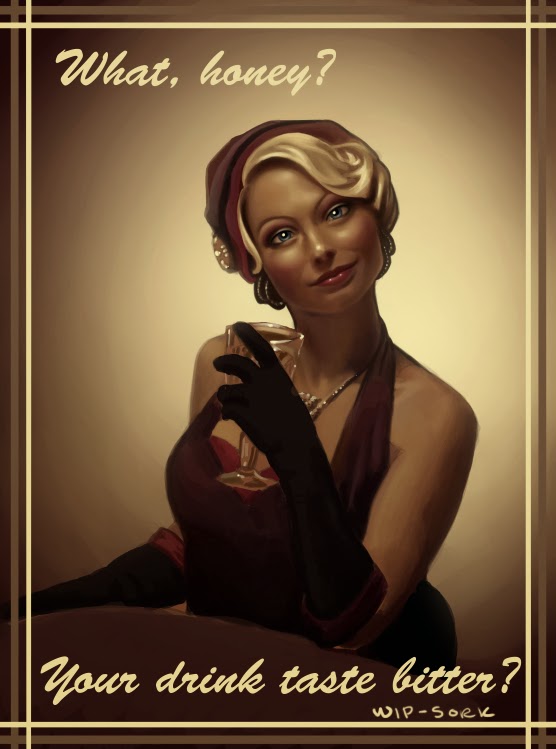 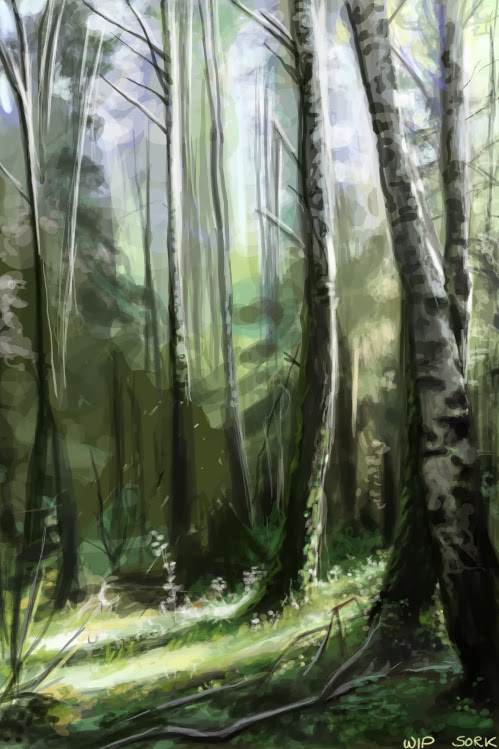 Oh, I'm attacking something. I guess: 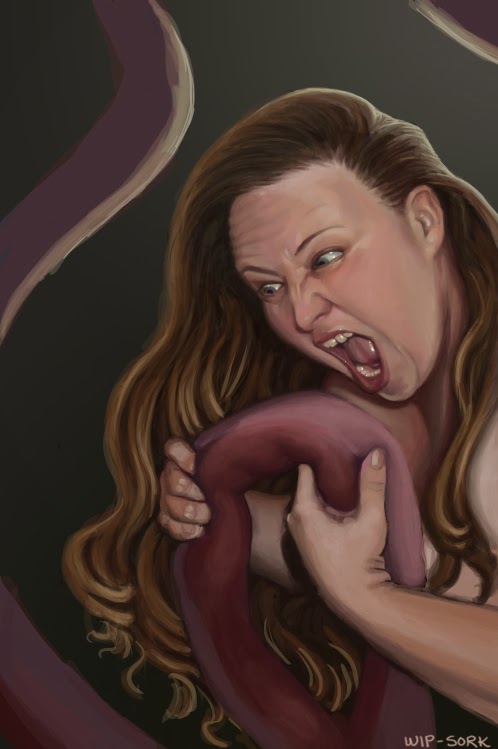 Some random rather small paintings I did testing out some paint: 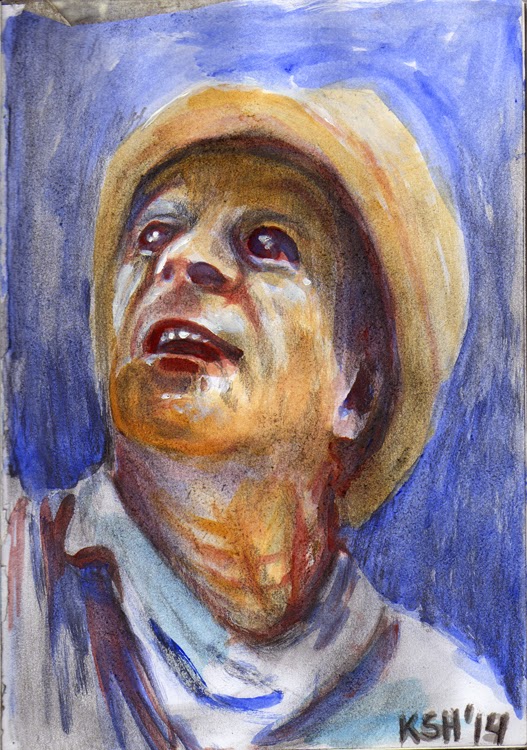 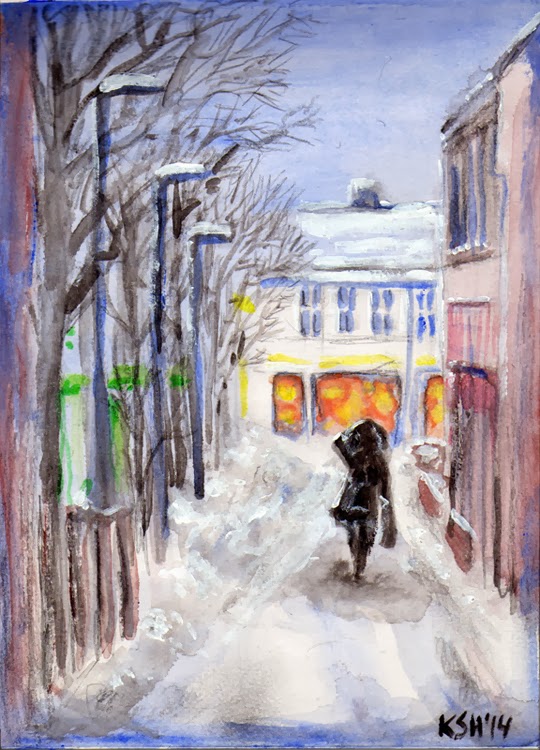 And here's a drawing I did for Christmas: 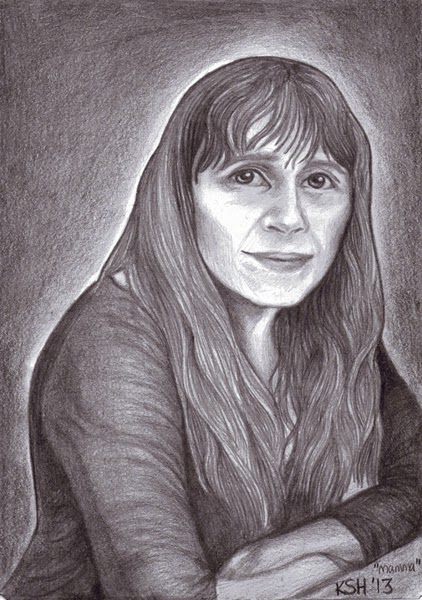