So, to offset the somewhat serious last post with all serious art and serious feelings and serious thinking about it all, here's some random old sketches where I've just been fooling around...

Here's one that I just realised the last days that I never posted online. It's just a VERY random doodle, but for some reason some people like it a lot. There's several versions of it, none of them finished in any way, but here's one. To my defense, I seem to remember there was rum involved. ;) 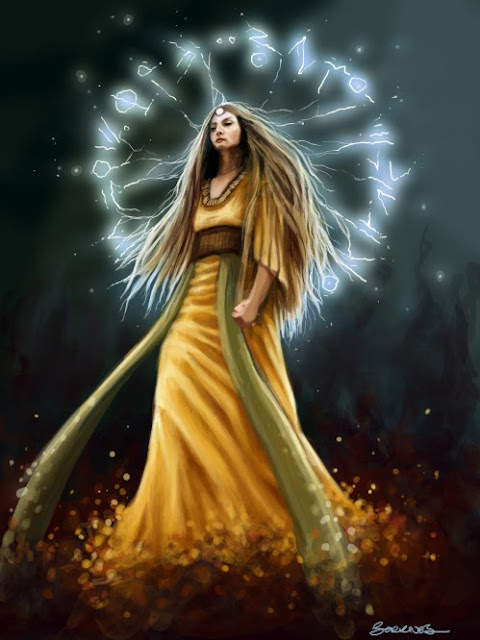 And here's another one. I was browsing through my old files and dragged out some that I found had some potential. This one I've clearly used some obscure reference for the girl, but it's a year ago since I worked on it, and I can't find the reference anywhere, no idea where I picked it up, so I just randomly started painting on it again. 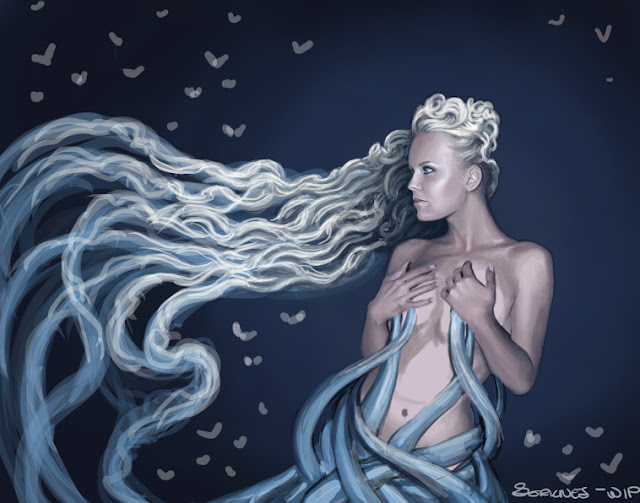 Exhibition and learning things about myself

So, what a ride I am going through these days.

Yesterday was the day where I had to deliver for the exhibition. I was originally going to deliver pencils drawings and oil paintings. I realised after a while that I would not want to put in the oil paintings, and wanted to go for digital prints.

First of all, I had no idea I would be so nervous when delivering them.

When I showed up, I was so nervous I had to write my address six times before I nailed it. Nobody could read my signature on the agreement because my hands were shaking. I wrote the address instead of the title on two of the labels before I got it right. It really surprised me, as I can usually go into anything without any nerves, or at least not much to speak of. Stagefright has never been a problem for me, it helps me getting more focused on the task at hand.

Husband later told me I've been running around like a headless chicken during the last two days before delivery, and in general being stressed the last week. Threw him back a bit I guess, since I don't normally do that... Which explains why, when I was framing them before turning them in, I managed to ruin two nails, breaking one frame and go through countless cuts before getting the "frame within the frame" right, I guess. Gold medal in clumsiness.

I think I've narrowed it down to not so much being afraid of being judged by the jury, or maybe not get any works in, but for the first time seriously actually trying live out part of my dream. It might be a long way away yet, but that was a huge step just to get the foot in, getting told I should turn something in, for the first time delivering something to physically hold on to and not online, and actually delivering without chickening out or anything.

Second, I had no idea this exhibition was so big. When I got there I realised this might be a bit bigger than I thought it would be. At some point, someone told there was 500 and only 80 or 90 works would get in. Since I was in the state I was, I didn't quite grab if it was 500 people or 500 works, but I really, really hope it was works. Since every person can deliver up to 6 works. I just saw a few works too, so I have no idea of the level there, the moment they were turned in they put them face in against the wall.

Well, anyways... Here's what I end up turning in. First the three pencils. I need to get that photographing pencils down better, I got some glare on the pictures, but I was running out of time, and of course the last day it was pouring down and dark clouds outside, and barely any light came into the house. Did my best though.

The first one I really like. I was gonna render the middle there like a huge piece of ice that you take of the water on the ground during autumn or spring, but I rather liked it being shiny white instead. The second one I also like a lot. I was gonna fix some stuff on it, but the paper is really rough and I've been working on it for a while - and realised that doing anything else on it would probably start to mess with the paper so I left it alone. When turning it in, the lady in the drawing department told me go turn it into graphics/prints even though I told her it was pencil, and another person over there had to come over and tell her it was indeed pencil - she needed to give it a second look. I have no idea if that's a good or a bad thing. The last one I feel ended up a bit slapdash, and you might say it was a plan B for pencils. I considered not turning it in, but did in the end. 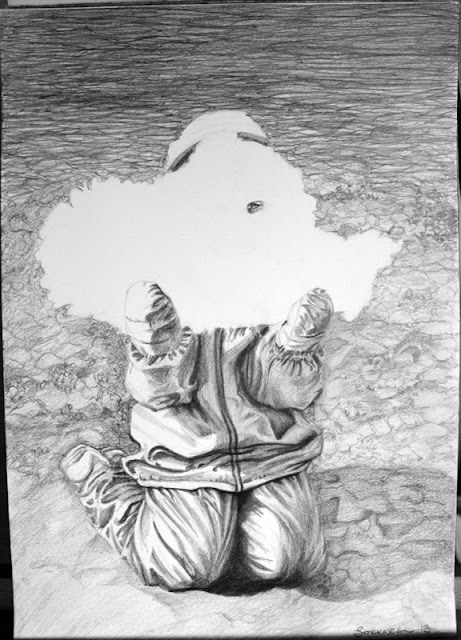 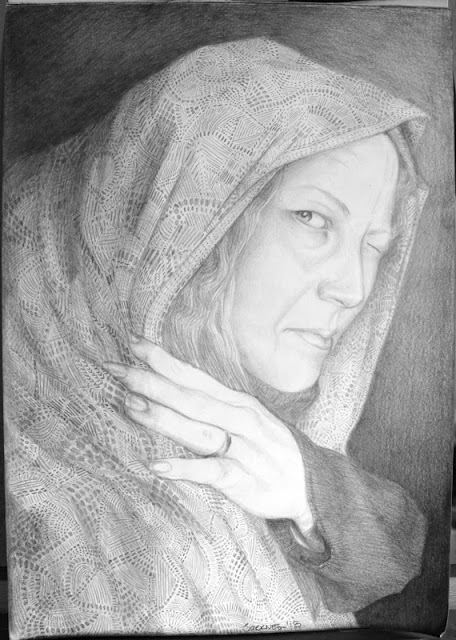 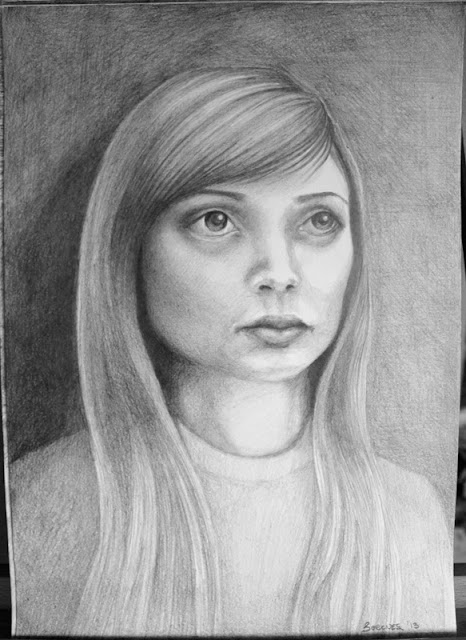 Then it was the prints. I have talked to them about it, about turning them in instead of oils, and they were kind of enthusiastic with it, at least the lady I've talked to about it, since they've never had any digital works before in that exhibition at all. Especially since they first had no idea where to put them, and it ended up in "other techniques" instead of prints or drawings or paintings or anything. At least they didn't go into photo. There was both "oh, this is a first!" with smiles and nods - and people clearly clueless about how to make anything on a computer in the first place. I have no idea if being the first is a good or a bad thing, if there's anyone there that knows anything about it or if they think it's just a matter of clicking three buttons before you get an image...

Anyway, since I had already used quite an amount of time trying to get oils done in time, I knew that it was best for me to go with earlier works for the prints, so you have probably seen these ones before. The first is the one of my daughter, minus her name that is usually there, it didn't feel right to have her name on it, and also I had to go a couple of rounds with myself before putting an image of my daughter in there. If it goes through, it might be sold, and I had to think hard about my daughter being on someones wall. The second is the dad wizard, the one I made after we thought our daughter was playing a magician or a wizard and then she loudly announced that she was "dad". The third is the one I did for the light, after taking a bunch of photos during some intense winter sun, and I tried to capture it in a drawing. 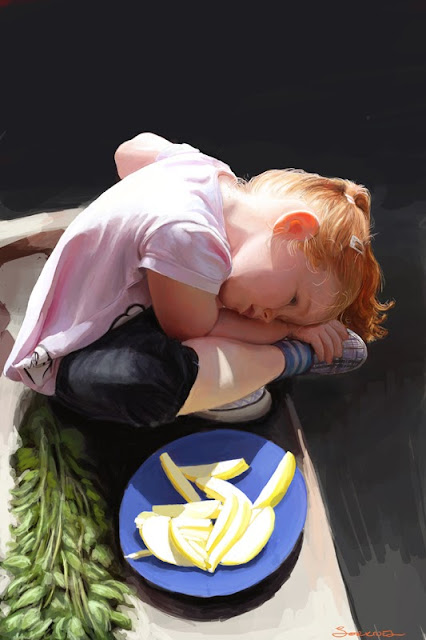 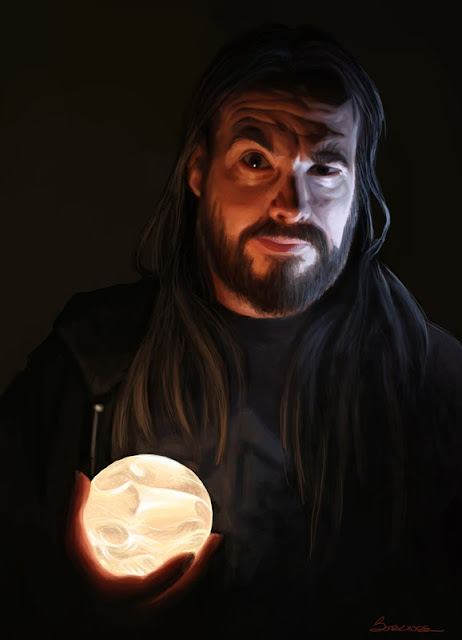 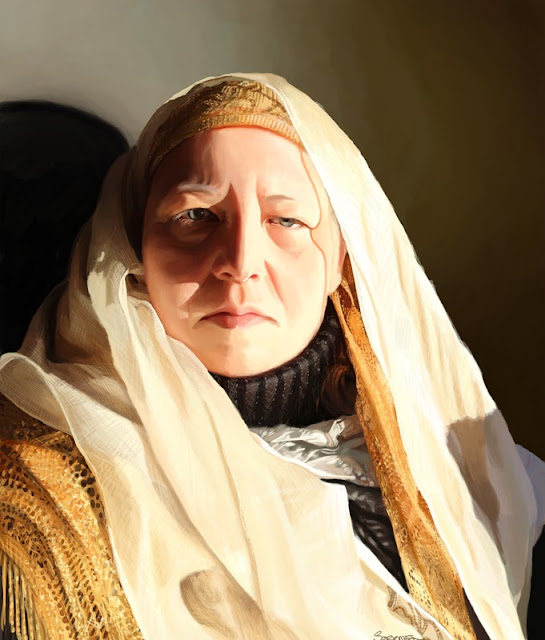 And in the end, it might sound weird to you, but if I don't get any of them through (after all it is a massive amount of works and they need to chip it down whatever it was that was 500) it actually won't matter too much, but it would be a huge bonus. Just going through with this, delivering on time even not what I had expected to turn in, is a huge step. I have been congratulating myself all day even though the jury hasn't even started looking at them yet. Kind of proud of myself no matter the result. :)
Posted by Sorknes at 23:08 No comments:

Alright, I've been on a crazy ride these last weeks, so I've not posted anything outside facebook, really... Good things happening all over the place.

One of the good things are that I was told to submit to an exhibition that I'm delivering my work for on Monday or Tuesday. I was hitting it hard with pencils and oil painting, but I have decided to not submit my oils since I'm not liking them enough. It's been over ten years since I worked with oils, and didn't know much about how to do it then either. At the moment it feels like the oils are working against me rather than for me, and I'd like some more practice with them before I let anyone see them. As per now, they don't look so good skill wise because I am struggling a bit with the medium.

I'm doing A3 drawings in pencil still though. Here's a couple of progress shots: 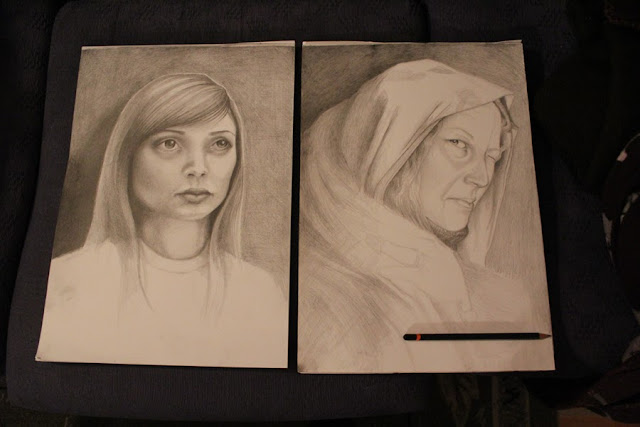 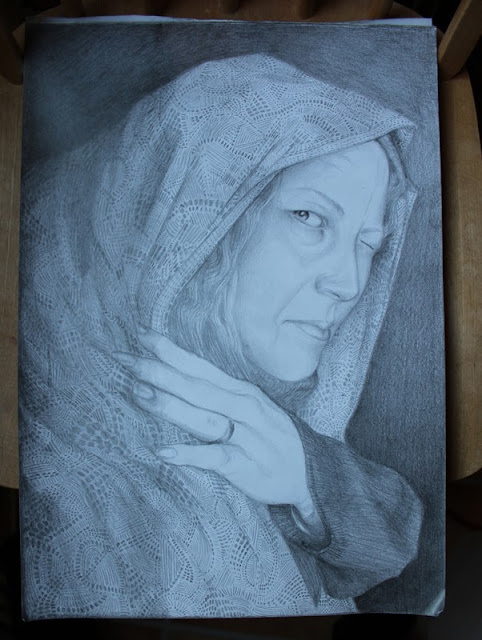 The one with the covered hair is coming with me for sure. The other one I don't know yet. I'm working on several, I'll see which ones are best when the weekend is over. :)

Also, since I am not turning in oils, I am turning in prints of my digital work instead. They don't really know where to put it yet, but are very positive about taking it in, so we'll see if it ends up in the "other" category or not when they see them. 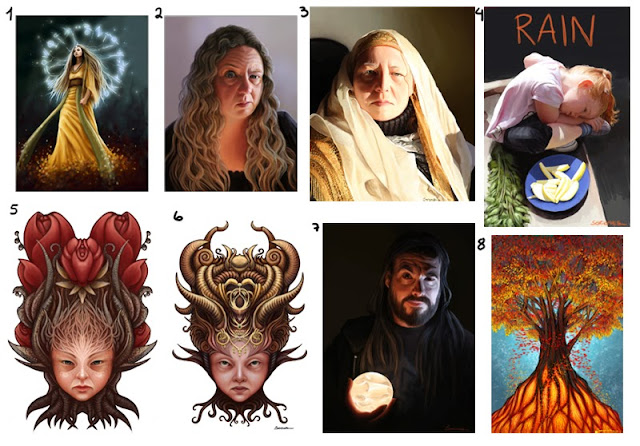 Also, everything have to pass through three judges, so I might be biting my nails just a little bit the next week....  Wish me luck! :)

And yes, I *will* try to get some proper photos taken of my pencils this weekend when the light is better. :)
Posted by Sorknes at 21:44 No comments: